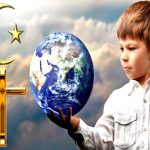 Perhaps religion never really dies. Perhaps religion becomes more or less durable on the future. Perhaps the next great faith is just getting started. No one knows about that. What we can do as a human is only to respect and to give tolerance to the other so that happiness is in our hands.

It would be good to start the article with a short interesting story from my childhood. That moment is probably the first turning point that happens into my life. When I was still five years old, I was watching with my mother a cooking show on the television. I really remember that the chef on the show gave some directions on how to cook egg in many kinds such as scrambled egg, sunny side up, hard-boiled egg, and many more. However, the one that really took my attention is the scramble egg. I am still wondering until now why I really loved scramble egg before—probably because it looks sweet in my eyes.

Then, I asked my mother to cook scramble egg exactly the same way as he has directed on the show. As a kid, I was so excited to watch my mom cooking, and I decided to take a chair for me so that I can stand and see her. Suddenly, my mother said, “This egg is actually your life”. At that moment, I had no idea about what she said. All I had in my mind is that I was born from the egg, and that is the reason why egg is my life. My mother then started to smash the egg on the frying pan and said, “This is your life when you have no faith on God. God will do something to you or give you rush and you will be scrambled by him like this egg on the afterlife.”

I was so shock hearing that words coming out from my mother mouth. “Otherwise, you will be born as a real living thing, unless you do nothing towards your faith. Just as the egg did, if they are kept near the mother, they will do something inside to hatch. Now look, if people sell them, they will be kept on the refrigerator doing nothing and end their life here on the frying pan being scrambled,” said her. From this story, it is clear that my mother tried to convince and encourage me that God exist in my life. That was the story about fourteen years ago.

This will be a very different story if I was born on the modern world. Besides illustrating life as an egg, it will be a debate about which one occur first, egg or chicken—no one knows. This has no mean that the kid who born in this era is bad, but it is to concern that the world is changing over time. With a lot of advancement on technology and science, many people are having a crisis of faith now.

People now have two perspectives in religion: the famous view that religion is no longer relevant or outdated and the traditional view that religion is fundamental thing. In fact, on the Western countries, most of the young generation leans more on the first perspective that religion is outdated. On a survey did by British Social Attitudes in 2016, about 71% of people with age ranging from 18 to 24 belongs to no religion. Even, Gallup poll stated that 76% of people in America release the influence of religion from their life with 38% of people stops visiting worship place and 38% of people consider religion is outdated. On the other hand, Pew Research Center stated that most Asia and Africa country still believe that religion play an important role on life—with Indonesia having the highest percentage of 83 percent.

It is somewhat true that developed countries have a tendency to be more secular rather than developing countries. People who live in developed countries like United States, Japan, South Korea, New Zealand, etc. are interested more on the development of technology and science. They are the example of community who has the first perspective on religion nowadays. They want to explore everything in this world without any limitation. Science theory invention, business strategy, and some advance technology are mainly coming from the developed country. Beside they have more and better facilities, the people there also concentrate more on those topics. Universities of Bristol and Tennessee revealed that a country with a small percentage of people who believe in religion is predicted to have a faster growth rate in economic development. On the other hand, the second perspective of religion nowadays seems to appear in most developing countries with higher percentage of people who still believe in religion. Specifically, it occurs on the country that is rich in culture like most Asia and Africa countries. It is because religion is actually a culture that survives and evolves on a certain region. People there think that religion is still relevant, and that is why every aspect in their life is based on religion. This does not rule out the possibility for them to develop more. The survey above stated that a country with high percentage of religion believer will also have a good economic development if and only if respect and tolerance for individual right are established.

Every people who live in this world have a final goal to achieve happiness and to overcome suffering. Now, talking about pain and pleasure, there are two kinds of category of it, which are physical and mental. Let us just focus on the mental level since it has a close relationship with religion. People said that religion would bring comfort and mental peace into our life. It may also the answer that modern people will still have a possibility to believe what they cannot really see and understand. From the ancient history itself, when people face a desperate or hopeless situation, they will use faith to bring hope and comfort. For instance, people are always looking for their mate with a purpose to achieve happiness together and to find someone who will always believe them. When they face a very desperate situation, there is at least one person who stays besides them to provide comfort and secureness. However, their mate is just a human that is the same thing as they are. They cannot expect anything more from them.

God, in a form of religion, is there to serve what they need in their life. God has an infinity and limitless power that any other thing does not have. Many cases about suicide that happen to the younger generation is because they have no one or nothing that they can talk to and always stay on their side. In other word, loneliness attacks once problem comes to our body. By having religion, we have God in our side. Religion could also give us a community, which has the same perspective so that we can support each other. That is why religion provides a mental peace into people’s life, and that is the reason modern people will still need religion.

Our world is changing over the time as well as our mind. We, as a human, never know what will happen towards the future. We cannot make a conclusion that religion will disappear to our life as the impact of some advancement in technology and science. Perhaps religion never really dies. Perhaps religion becomes more or less durable on the future. Perhaps the next great faith is just getting started. No one knows about that. What we can do as a human is only to respect and to give tolerance to the other so that happiness is in our hands. [MFR] 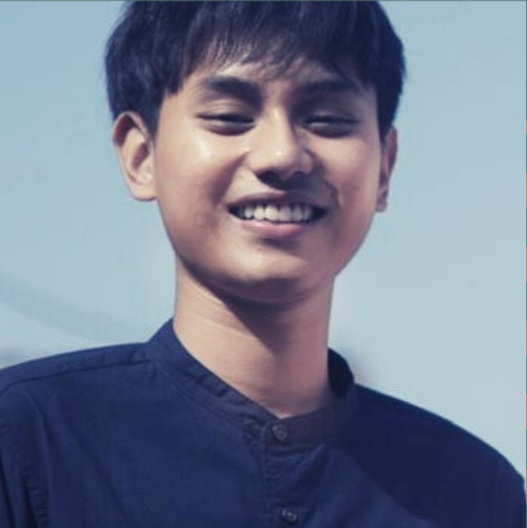